Haircut Numbers – Hair Clipper Sizes: All You Need to Know

The worst thing you could do to your hair is simply rock up at the barber’s and ask for a cut. Just a cut – no other information given. “How long do you want it to be? Which haircut number would be your preferred? How about #5 or #6?”

If you get asked these questions by your barber and don’t have a clue what they’re on about, your initial reaction might be to panic. And even if you know a little about haircut numbers – it’s still something that can easily confuse us each time. But if you care about how your hair looks (and you totally should), then you shouldn’t simply leave the barber to do whatever he fancies.

There’s more to hair than just ‘losing an inch or whatever’ – and, since it’s your hair, you should be the one to decide exactly how long or short you want it to be. The only way to communicate that to your barber – and avoid funny (or not!) misunderstandings, is by having a good understanding of haircut numbers/ clipper sizes.

We’ve put together a guide to haircut numbers – clipper sizes, so that your next trip to the barber doesn’t have to end in disappointment. Get ready to nail hairdressing terminology!

What Are Haircut Numbers?

To put it simply, haircut numbers refer to clipper guard sizes – and you’ll find the number etched into the guard itself. You’ll find that most clipper sizes have 8 guards, with each clipper size representing the amount of hair that will be left on your head after being used.

In theory, it’s simple: the larger the number, the longer the haircut will be. For example, if you ask for a number 4 cut, that means that number 4 guard will be attached to the clipper and leave ½ of an inch. Alternatively, if you ask for number 2, the cut will be shorter as the guard attached to the clipper will leave ¼ inch of hair on the scalp. Number 0, for example, will mean that a guard isn’t used – which is a near-shaved look.

Let’s take a look at the hair clipper sizes:

If you are after a very short buzz cut or a skin/ bald fade, this is the clipper size to go for. Since ‘Number 0 Haircut’ has no guard attached to the clipper and uses the permanent guard, it’s the shortest haircut possible. It’ll keep your scalp cool – but the cut isn’t for someone who doesn’t want their scalp to show. 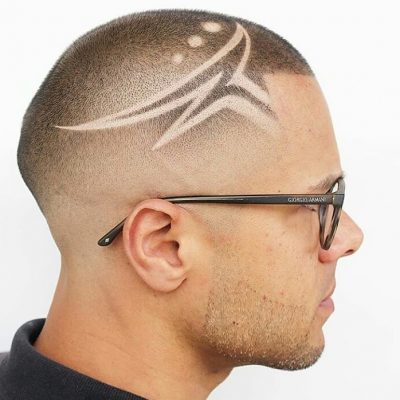 While a tad longer (1/8 of an inch, to be precise), ‘Number 1 haircut’ is still very short. Your scalp will show – but a little less than with ‘Number 0 Haircut’. It’s most often used for buzz cuts or to taper/ fade from different haircut numbers.

‘Number 2 haircut’ will give you a slightly longer cut – 1/4 of an inch. It is one of the most popular haircut lengths out there, as it gives you a nice short hair that doesn’t show the scalp. It can work perfectly on both thick or thin hair. 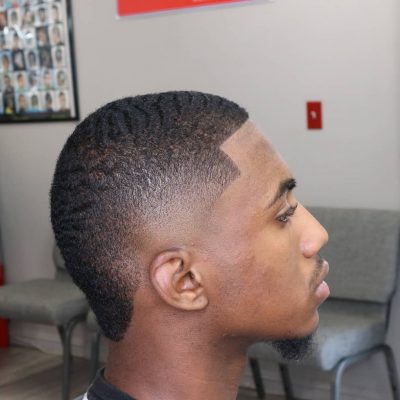 ‘Number 3 haircut’ can be used to create fades and buzz cuts, but you won’t be able to style it too much. The hair is cut to 3/8 of an inch – and it’s the longest clipper size used to maintain short faded sides. 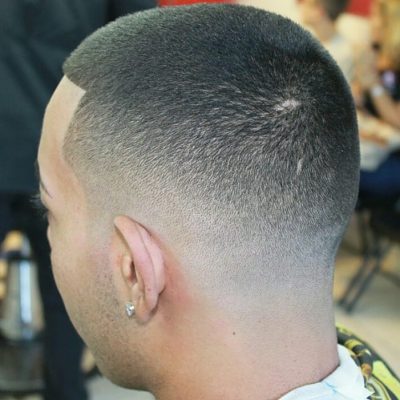 Leaving 1/2 of an inch, ‘Number 4 haircut’ is the medium length – and one of the most popular choices for short hair. Ideal for people with a rounder face, it leaves a good amount of hair while still maintaining a neat and tidy hair length. As a parting is possible at this length, it is very versatile and can be styled into both short and longer hairstyles.

Generally, the most common hair length, ‘Number 5 haircut’ leaves quite a lot of hair to play with (5/8 of an inch). You can style it into many different looks such as parted styles and fades – and you could even achieve a fringe or a quiff hairstyle at this length.

You’ll have plenty of hair left if you ask for a ‘Number 7 haircut’ (7/8 of an inch). It’s ideal for those who only want a slight trim and prefer longer hair. Remember, you can get more creative with styling when your hair is longer – because short styles really won’t leave you much to play with.

‘Number 8 haircut’ will give you a light trim, leaving most of your hair untouched. This clipper size is also often used on the upper part of fade haircuts – as having longer hair on top contrasts nicely with shorter tops. It’s ideal for those who don’t want to say goodbye to their hair – but want to get the edges nicely trimmed. 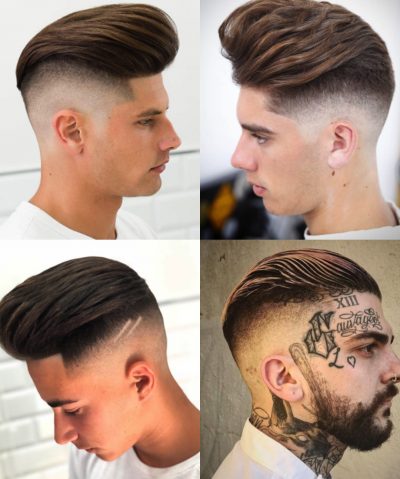