Taper vs. Fade: Knowing The Difference

You’ve definitely seen one or two people sport a taper or a fade haircut recently – they are literally everywhere right now.

From TV stars to your dog’s groomer, everyone wants a bit of fade or taper in their lives.

And why wouldn’t they? Both taper and fade haircuts are incredibly stylish, practical and versatile. Plus, they go with tons of different longer top hairstyles and complement many face shapes – probably the two main reasons fade and taper are trending right now.

With both hairstyles being really similar, the tricky business is knowing what the difference between the two is. And knowing the difference is pretty crucial. Or else, you could be leaving your barber’s chair with a disappointed look on your face after getting a cut you didn’t have in mind.

So, in today’s post, we’ll be looking at the differences and similarities between these two hairstyles – and sharing examples of both. So that you have a better idea next time you march to the barber’s for a chop!

The similarities between taper and fade haircuts

Even though the haircut names are often used interchangeably (even by some barbers!), there are subtle differences between the two which will help you tell them apart.

The similarities between a taper and fade are mainly the fact that there’s longer hair on top, while the sides are left short. In fact, the hair gradually gets shorter as it moves down towards the neck.

Both haircuts give you a clean, neat look – and can be combined with a range of hairstyles on top – from a classy pompadour to a messy and spiky cut!

The difference between a taper and a fade cut

The main difference between the two hairstyles is the length of hair left on the sides.

As the name suggests, the fade haircut is about making it look like your hair ‘fades’ into skin, meaning that it’ll be shorter than tapered sides. We’ve covered fade haircuts in our previous posts – so visit them to learn about the fade cut.

A taper cut, on the other hand, is a cut whereby the length is reduced gradually and forms a gradient, starting with longer hair on top. It is essentially longer than a fade, as it leaves more hair on the sides, creating a less radical and more sophisticated look. It still manages to achieve contrast between the two hair lengths – but is less eye-catching, and a little more conservative.

Which style should I go for?

Now that you know more about the differences and similarities between the two hairstyles, you may be wondering which style would be best to go for. Don’t worry – we’ll help you decide!

A fade haircut is a fantastic choice for those looking to combine it with an eye-catching cut on top, because it allows for the top to capture all the attention.

By eye-grabbing hairstyles on top, we mean hairstyles like pompadours, quiff hairstyles, and messy/ spiky hair. These sorts of hairstyles look intriguing enough as it is – and having faded sides allows for the focus to be on the top of your head.

A taper cut, however, is more conservative – so it goes perfectly with hairstyles that are a little less “out there”, like a near combover or a more classic cut for short hair.

A taper cut is also a good option if you’re looking for a hairstyle that’s trendy but not that attention grabbing. By that we mean a more “conventional” office haircut, for example. Ideal for client-facing roles when you want to keep up with the trends, but can’t allow yourself to look too “out there”.

Now that you know all about the taper and the fade, time to check out a few hairstyles for your inspiration!

A fantastic hairstyle option for a man who’d like to give the short sides long top haircut a go – without showing his scalp!

Keep things under control with this elegant taper + combover combination!

This taper cut is the perfect example of how different a taper is from a fade. There’s a decent amount of hair left on the sides and back – whereas a fade would not have that.

A nice and simple hairstyle for someone who has slightly unruly, wavy hair – and wants to keep it under control!

There’s no denying that a taper cut is on the elegant side of the scale. This side part hairstyle is a proof of that!

A fade is an ideal addition to a short hairstyle. The right choice for a man who likes keeping his hair neat and tidy!

If you’re into hairstyles that are super sophisticated, then this baby is for you!

Another great feature of the fade cut is the fact that you can easily combine it with facial hair. It won’t look overwhelming, because your sides will be nice and short.

A nice option for someone who is looking for a spikier cut! Go for a medium fade for a less contrasting look, or a bald fade for sharp contrast.

A short crop is another versatile hairstyle for a modern man – trendy and practical! 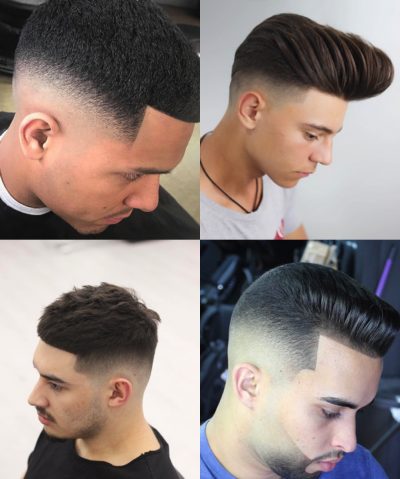 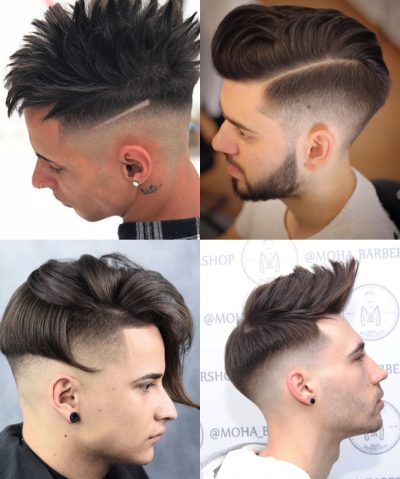 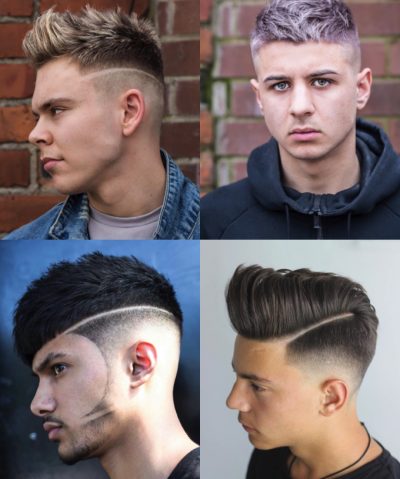 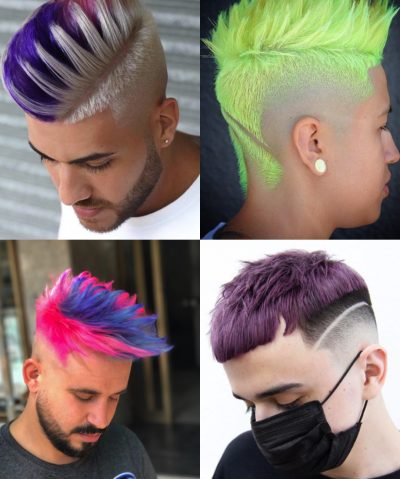 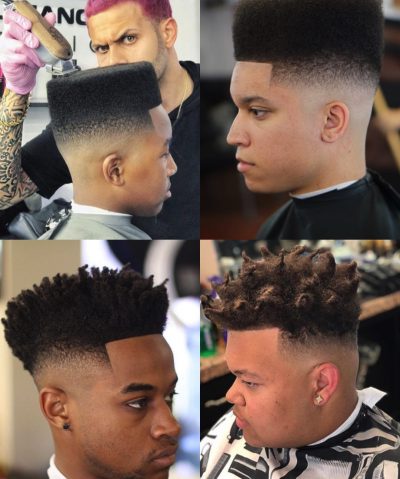